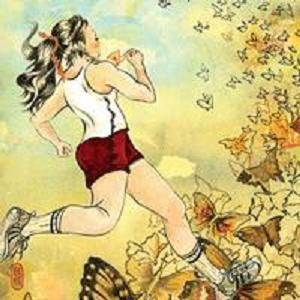 New weight as of January 1: 189
(up five pounds after holidays)

Those extra five pounds really made a difference, I totally feel like I look great at 185, but 189 I feel fat again. Even though I wear the same size. But the clothes are tighter, so...

So I was planning on doing a sprint distance triathlon in June, but then Erin heard about it and she wants to do the Olympic Distance the same weekend. Which really is the logical choice. I know I will smoke the sprint tri next September so there's no reason not to train for a real one now. A real challenge. Erin is helping me pick out a real road bike too, so that should help take a lot of minutes off my times.

The Olympic is scary though. A half mile swim, okay, I know I can do that, and it will be in a lake instead of an ocean. But it will be with hundreds of other swimmers... scary! Then somewhere around 25 miles on the bike - this could take me an hour, could be 2 hours, it depends. What if it takes 2 hours??? With a good half hour for the swim, and at least an hour for the 10K run at the end, that's almost four hours non-stop.

If I can do it in 3 hours, I'll be okay. But four hours is intimidating.

But when Erin confirmed last week that she definitely wanted to do it (I was starting to doubt her), I realized I needed to get back to training. So here I am, back to running five days a week, swimming 2-3 days a week, and trying to fit in 1-2 days riding/spinning.

The weight loss at least went well. Two weeks before the triathlon I started improving by outstanding leaps and bounds. I had finally lost enough weight that I was working my muscles, and not fighting with my cardiovascular system to carry the extra 70 pounds.

I believe I had lost 30 by the triathlon, and another 5 after that. But then with the holidays and the food and the slacking on the running, I gained the five back. This week I'm wavering between 188 and 191, and I started to feel it in my clothes. So that, combined with Erin's assertion that she wants to do this, got me back to the gym and I've been doing great following my training plan.

I expect I'll be losing at least 2 pounds a week until the training ramps up in a couple months. That's AT LEAST 30 pounds more gone by June.

I can't even imagine, really. I mean, I can see that I'm still fat in pictures, but I don't feel obese anymore. I really feel like I look just fine (and my Love confirms it) and I believe I look great in most clothes. I lost a lot of fat in my face and I think that's where the biggest difference is.

But I know I'll look even better, and be able to do more things... and look better for her, of course.

Today I did a short run of 3.5 miles. Tomorrow morning I do my swim. I'm enjoying it.

And I'm starting to look forward to the triathlon in June.